Close and back to main video
Is professor of Psychobiology and Ethology in the Complutense University of Madrid (UCM). He received a PhD in Biology/Ethology at the UCM (1986) and he spent post-doctoral residences in Cambridge University, United Kingdom (1986-1988) and in Autonomous University of Madrid (1988-1991); he has also spent research stays in Max-Planck Institute for Evolutionary Anthropology of Leipzig, Germany (2004, 2015), with which he has an agreement with since 2007. His researches are focused in the study of the group structure, relationships and social networks, conflict management, cooperation and cognition from an evolutionary and comparative perspective. Currently, his main researches are focused in the study of the Prosocial Behavior and play with primates and humans. 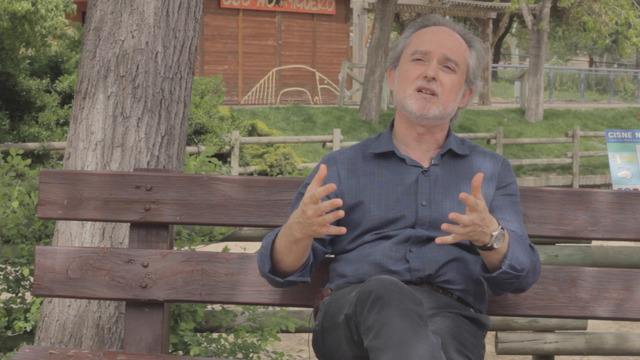