Close and back to main video
President of ARSGAMES and adviser of the Media Center of the National Center for the Arts of Mexico. Specializing in Philosophy of Technology, Cabañes has a Master’s Degree in Logic and Philosophy of Science and another in Neuroscience. She wrote the doctoral thesis on Computational Creativity in the official Graduate Logic and Philosophy of Science, which is why in 2010 she was a visiting member of Computational Creativity Group at Imperial College London.
She has over 40 publications including those found articles, papers and course content, including the book “Gamestar (t): pedagogías libres en la intersección entre el arte, la tecnología y los videojuegos (Gamestar (t): Free pedagogy focused on art, technology and video games), the contents of the course learning assessment systems in simulators Simulexus (a project funded by the Ministry of Industry, Tourism and Commerce within the National Plan for Scientific Research, Development and Technological Innovation and the European Social Fund) or the coordination of a special issue of INJUVE entitled " Young, Techno-philosophy and Digital Art".
She has organized and participated as a speaker at various conferences and seminars related to philosophy, technology, gaming, art and neuroscience, both nationally and internationally among which the president of the organizing committee and member of the program committee of the 6th International Conference on the Philosophy of Computer Games: The Nature of Player Experience 2012 and has carried out several projects related to technology, gaming, integration, divulgation, etc. among them we can emphasize the exhibition and cycle of conferences "Past and Present in Spanish Videogame" in collaboration with the Instituto Cervantes visited 15 cities worldwide, draft free pedagogies with Gamestar(t) art technology and video games or video game design experimenting with the interface as Audiogames. 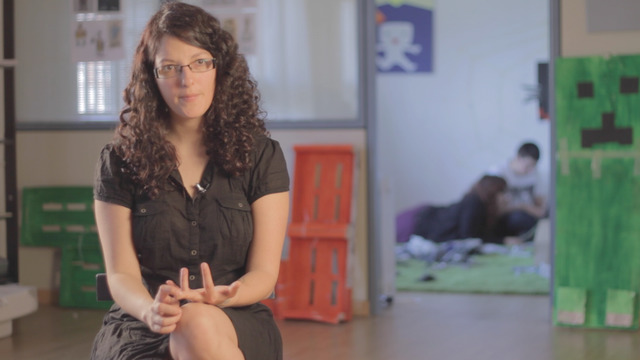