Close and back to main video
69 years old, born in Buenos Aires, Argentina. He graduated in Law at 23 years old; he worked for 5 years as a public notary in one of the major notaries in Buenos Aires. He has been living in Spain for the past 33 years, currently in Sevilla.
At 28 years old, he abandoned his life as a normal citizen to focus in theater exclusively. Because of his shyness, he didn't hear his voice until he did the Dale Carnegie’s public speaking course. He travelled South America with Teatro Estudio from Buenos Aires and he was disappointed. He travelled to Europe to learn and he was forced to teach. He strengthened his educational vocation and the Ministry of Education in Spain awarded him for his first book Teoría del juego dramático (Theory of the Dramatic Play). He was hired as a theatrical animator in the City Council of Almuñecar, Granada, and from that era his sentence “¿Pero quién anima al animador?” (But who encourages the animator?) is celebrated. He took a clown course in Paris with Phillipe Gaulier and it shows something. He never had mortgages; his divergent thinking prevents him of tying himself to a bank. If he were placed in front of a bank, instead of sitting he would jump on it. That was his way of strengthening his personal ethic.
As an educator, after reading the English psychoanalyst Winnicot, he understood where the ability to create the human being settled. He has published in coauthored with Jesús Jara, of El actor creativo, la actriz creativa (The Creative Actor, The Creative Actress), which is already in its third edition, which is a real miracle. He is creative and happy developing his passion, which is to play. 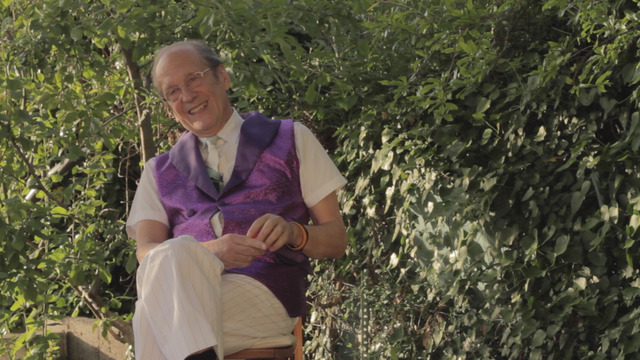